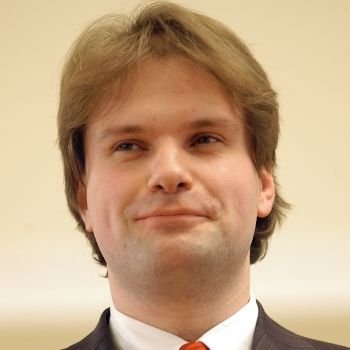 "...Edvinas Minkstimas’ playing has been described as “breathtakingly beautiful” ..."

Edvinas Minkstimas is widely regarded as one of Europe’s top emerging young pianists, one whose extensive repertory, solid technique and musical expression have led him to perform throughout Europe and North America.

Mr. Minkstimas became a Steinway Artist in August, 2013. He will give regular public Steinway master classes at the Steinway showroom and concert hall in North Bethesda for Washington musical community.

During the 2013 – 2014 season, Mr Minkstimas has been invited to perform a series of chamber music concerts at the upcoming Mahler Festival in August 2014, Vienna, Austria. Also in Vienna, he will serve as a judge at the Leopold Auer string competition in June, 2014. Mr. Minkstimas was also invited to become a board member of Malaga Clasica, a two-week festival in Malaga, Spain, and to perform as a guest soloist (May – June 2014).

Other upcoming engagements include appearing as a guest soloist with the Las Vegas Philharmonic, Lithuanian National Philharmonic (October 2014), in a Beethoven Triple Concerto with Piedmont Symphony Orchestra under conductor Glenn Quader (June, 2014). He will also perform piano quintets by Elgar and Shostakovitch with the Vilnius String Quartet.

Additionally, Mr. Minkstimas will give master classes and perform at the Etherredge Center, University of South Carolina, Aiken, (January 2014) and Georgetown University (March 2014) Starting July, 2012, Mr. Minkstimas has been serving as a Jury and Board member of the Salzburg Vocal Festival and a Board member of the Mahler Philharmoniker in Vienna, Austria. Highlights of the 2012-2013 concert season included performances at the National Gallery of Art, Washington, D.C., Weill Recital Hall at Carnegie Hall, soloist appearances with NSO, Arlington Philharmonic, Amadeus Orchestra, Fairfax Symphony Orchestra, Mahler Philharmonic, Lithuanian National Philharmonic, as well as concert tours in Europe and South America, among others. In 2012-2013, Mr. Minkstimas performed with celebrated conductors Johannes Wildner, Christopher Zimmerman, and Scott Wood.

In July 2011, Mr. Minkstimas became Artist-in-Residence of the Embassy Series Festival in Washington DC, where he also works as assistant to Director Jerome Barry. Together, they have prepared the “Songs of Vilna Ghetto” program, which continues to tour in Europe and the United States since the fall of 2011. For this program, Mr. Minkstimas wrote arrangements for the songs and solo piano variations.

In May 2011, Mr. Minkstimas received his Doctor of Musical Arts degree from The Juilliard School, New York, where he was recipient of the C.V. Starr Foundation Doctoral Fellowship and studied with Jerome Lowenthal. He previously received the Artist Diploma from the Paris Conservatory (CNSMDP) under the tutelage of Michel Beroff. Previously, Mr. Minkstimas studied in Lithuania with Veronika Vitaite at the Lithuanian Academy of Music. He has taken master classes with pianists Nikolay Petroff, Vladimir Ashkenazy, Idil Beret, Eugene Indjic, Jeffrey Swann, Joseph Kalichstein, Marie Francoise-Bucquet, and other prominent performers, including Itzhak Perlman. He also studied composition with Guy Reibel (Paris Conservatory) and Vytautas Barkauskas at the Lithuanian Academy of Music.

Since July 2010, Mr. Minkstimas has served on the boards of directors for several international non-profit organizations. In this capacity, he has helped organize fundraisers for social and international causes, including three fundraisers in the United States, one in Lithuania, during which over $100,000 was raised for autism-related research. One of the fundraisers in New York (which received coverage in The New York Times) raised money to support earthquake relief efforts in Haiti. He is also a co-founder of the GLL (Global Lithuanian Leaders) organization, and a board member of National Jewish Health.

A native of Kaunas, Lithuania, Edvinas Minkstimas claims his early artistic influences from Nordic poetry, Baltic mythology and other romantic images. He conveys the lyricism and poetry within a musical work through his displays of virtuoso technique. He is strongly influenced by such great pianists as Richter and Michelangeli, and composers Brahms, Liszt, Rachmaninoff, Ravel, Ligeti and Penderecki. Of his contemporary colleagues, Mr. Minkstimas is inspired by Evgeny Kissin, Spencer Myer, Sofya Gulyak, Jeffrey Swann and Martha Argerich.

Edvinas Minkstimas’ professional debut was at the age of fourteen with The Lithuanian National Philharmonic Orchestra (Vilnius), playing the Grieg Piano Concerto in A-minor. He has released two recordings, featuring solo and orchestral performances of works by Brahms, Beethoven and Liszt. Mr. Minkstimas has been recipient of numerous grants and scholarships, including those from the Meyer Foundation (France), Music Academy of the West (California), and the Lithuanian Ministry of Culture.