Moniuszko. Kompendium: the collection of knowledge about the composer and the problems of Moniuszko studies 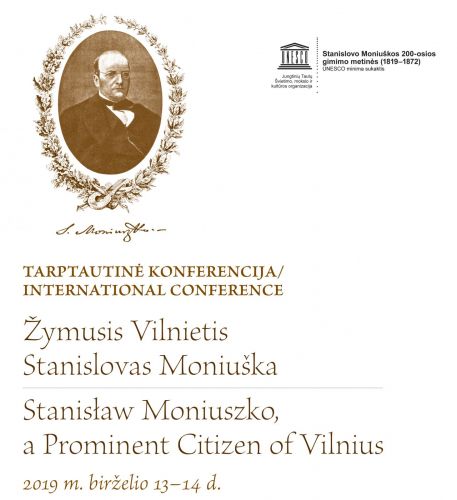 Prof. Ryszard Daniel Golianek, musicologist, professor of the Adam Mickiewicz University in Poznań and the Grażyna and Kiejstut Bacewicz Academy of Music in Łódź

The year 2019 was established by the Polish parliament as the Moniuszko’s year and many artistic and scientific events are being organized in order to celebrate the 200th anniversary of the composer’s birth. In accordance with this idea, the Polish Musical Edition has decided to publish Moniuszko: Compendium, a book devoted to life and work of the composer. Being a collected volume of 16 texts of various authors, Moniuszko: Compendium, edited by Ryszard Daniel Golianek, covers every aspect of the subject: 1) the composer’s biography; 2) his operatic output; 3) other genres of his music; 4) his significance and position. The article describes aims, scope, and results of this book, still being in print.

Celebrated in 2019, the 200th anniversary of Stanisław Moniuszko’s birth inspired the Polish musical community to engage in a range of artistic and scientific activities related to the life and creative legacy of this composer as a figure of extraordinary importance for the Polish national music. Information about events, concerts, shows, meetings, and other activities of the Moniuszko Year is available on a special web portal www.moniuszko200.pl. An initiative by the Polskie Wydawnictwo Muzyczne (PWM, or the Polish Musical Edition) to prepare and publish a synthetic work on the composer’s life and legacy, aiming at comprehensive presentation of knowledge about Moniuszko, was one of the activities launched. It led to an idea of Moniuszko. Kompendium, a collective work at the stage of preparations for printing by now. A pool of 16 experts were invited to cooperate on developing the book, including musicologists, music theoreticians, musicians, and theatrical researchers; Ryszard Daniel Golianek is responsible for the scientific editing. The extensive research is set to be printed in Polish in the middle of 2019; the English version is coming next year. Including the newest knowledge available, and accurate use of sources and reliable studies, constituted the main idea. Another important objective was to combine the sound academic level of the publication with attractive and suggestive perception from the literate and formal points of view, to ensure accessibility of the work for audiences of music amateurs, students and listeners. This was a reason to omit systematic deliberations on peculiarities of methodology, source studies, editing, and a comprehensive review of the research available in the field.

Kompendium contains 16 articles and an introduction, a bibliography, and indices of personalities and works. It also offers multiple fragments of musical texts and illustrations. The whole volume is divided to four main parts focusing, respectively, on 1) the composer’s biography, 2) his operatic output, 3) other genres and variations of his legacy, and 4) the visibility and perception of his music. Apparently, the publication has covered, analysed and interpreted all key aspects of Moniuszko’s personality and work. Set to sum up the entire knowledge about the Polish composer, Kompendium can hopefully offer answers to a variety of intriguing questions in the field that the audience might have.

The existing knowledge on Moniuszko’s biography was shaped during the first two decades after the World War II, predominantly by efforts of Witold Rudziński who conducted intensive studies of the relevant period and published a number of works on Moniuszko’s life and legacy. Kompendium demonstrates that Rudziński’s books remain a crucial reference point, something that illustrates both significance of this author’s findings and the negligence of the recent period of Moniuszko studies. During the decades since the publication of Rudziński’s works, new studies were not performed, despite the fact of their necessity from at least two perspectives. First, Rudziński had no access to multiple materials collected in archives of the former Soviet Union, namely in the nowadays Russia, Belarus and Lithuania. Second, Rudziński’s works emerged in the socialist ideological and societal context, implying value judgements in interpreting national and political aspects, and censorship of facts. It looks like a thorough analysis of the press materials of the 19th century, both Polish and foreign (primarily Russian ones), is the only way to verify numerous distortions, simplifications and widespread stereotypes about the composer’s biography.

Moniuszko’s operatic legacy is the area of his artistic achievements that booked him a place in the history of Polish music and culture. The honourable title of the father of the Polish opera, belonging to Moniuszko since one and a half century, obliges to conduct a deeper scrutiny of this component of his oeuvre, taking into account the perspectives of libretto studies, theatre studies and performance peculiarities as well as one of musicology. This aspect of the Moniuszko studies is developing the most rapidly, thanks to the research efforts by the Centre of the Musical Theatre Studies of the Adam Mickiewicz University in Poznan in cooperation with other researchers across Poland.

However, a lack of original editions of Moniuszko’s operas constitutes an ongoing challenge for multidimensional analysis and interpretation. In relation to aesthetics and style of this repertoire, it makes serious and responsible research impossible, since there is no way to test the actual compliance of the editions of these works, as interpreted by other persons, with the composer’s ideas as opposed to editors’ interventions. Moniuszko himself changed and edited his works frequently, seeking to adapt the scores to performing capabilities of an ensemble in question, rather than for aesthetic considerations. Changes in selecting the tonality of a certain aria or substituting the pre-defined instruments with others contravene a possibility of an in-depth interpretation of these works in the realm of tonality’s symbolism or sound characteristics as supposed by using instruments typical for romantic poetry.

The part of Kompendium on other genres and variations of Moniuszko’s legacy is dedicated to operettas and vaudevilles, ballet music, theatre music, choral as well as oratorio and cantata works, religious compositions, songs, and instrumental pieces. In the recent half a century, the Polish musicological literature has predominantly seen fragmentary works on this repertoire, with sporadic cases of more serious papers, such as the pioneering study by Sviatlena Niemahaj and Grzegorz Zieziula on the repertoire of operettas, interpretations of songs by Mieczysław Tomaszewski, or Stanisław Dąbek’s analytical studies on Litanie Ostrobramskie (Litanies of Ostra Brama). One can hardly expect revelations capable of filling multiple gaps in the range of sources available on for this part of the legacy, primarily represented by operettas and vaudevilles. In this light, some recent attempts to reintroduce this repertoire to the scenic life through contemporary adaptation of orchestral parts constitute probably the only chance of preserving it from complete oblivion.

Visibility and impact are in the focus of the fourth, last part of the book. It looks into the phonographic performances related to Moniuszko’s music on discs and presents the analysis of critics’ viewpoints on the composer’s works, role and significance. The texts describe the composer’s image as restricted in its visibility almost solely to Poland and bearing strong ideological and political conditionality. Agnieszka Topolska, an author of two books on the image of Moniuszko in culture and society, highlighted the process of the formation of the image of a creator of The Haunted Manor (Straszny Dwór) as a national genius; the myth resulted in an impossibility of any critical discussion on the artistic value of Moniuszko’s work. It is therefore a task for a new generation of researchers and promoters to readdress his legacy and separate it from ideological contexts that prevailed in the way of writing about this artist and assessing his oeuvre during last century and a half. However, the fundamental remaining problem is Moniuszko’s weak presence in concert repertoire, caused by the composer’s non-idiomatic and rather conventional style as well as social and cultural changes that occurred in 20th and 21st centuries. Suffice it to think about how Moniuszko’s idea of The Home Songbook (Śpiewnik domowy), a publication tailored for home performances, lost in its relevance in today’s situation of new media, accessibility of international repertoire and the circulation of popular culture.

Therefore, in addition to serving as a presentation of the shape of knowledge on the occasion of the anniversary, Moniuszko. Kompendium also identifies areas of negligence and gaps in studying the legacy of the composer, and defines directions of further research endeavours. The strengths of this initiative definitely are the systemic approach to the problems studied by experts of Moniuszko legacy, the idea of consolidating efforts of researchers interested in this subject matter, and the motivation to popularise the personality and works of Moniuszko for new generations of the public. In two or three decades, there are some chances for a more plausible Kompendium drawing on systematic documentation and well-elaborated sources in its all aspects. For the time being, though, the publication presented here is definitely going to serve as a critical point of reference for efforts in the field of Moniuszko studies by delivering a tremendous amount of knowledge to amateurs of the music of 19th century and other audiences interested in this subject. 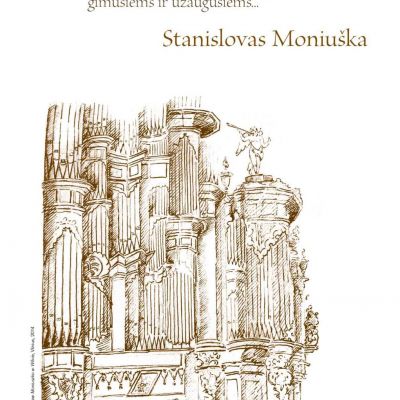